Some time ago I was invited to take part in React Native workshops as a mentor, which means I was supposed to help other developers go through tasks and answer their questions. The workshops, centered on various topics are called DevMeetings and are run across Poland every couple of weeks. Let’s take a look at some of the topics we covered there: 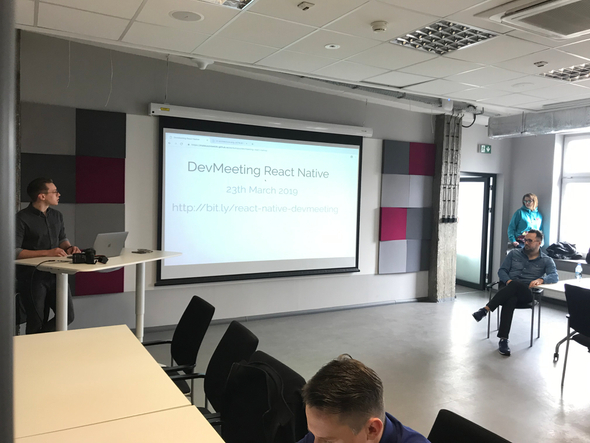 Expo is a very convenient tool to use especially if you only have a couple of hours to present key issues related to a specific topic and don’t want to waste that time on configuration. It allows you to go from zero to running the app on a device in minutes. Also, you don’t need a Mac to run an app on iPhone.

The basics of React are all about these two. Props allow you to compose components by passing data from parents to children:

And state gives components the ability to control encapsulated data.

The value state here is neither visible to the parent component nor is it injected as props are. But it’s pretty common to set an initial state for state based on props:

As of React Native 0.57.5 where React Hooks were introduced you can use state within functional components:

I personally opt for functions over classes to omit the confusion with this which is mutated over time by React.

Forms are the bread and butter of every frontend developer so it makes sense to present the idiomatic way of writing them in React Native. This was the place where we used the power of state for the purpose of saving inputs on each keystroke and then push it to AsyncStorage on form submit.

AsyncStorage is not the perfect solution for this case, yet the API is pretty straight forward and gives a lot of functionality without much boilerplate.

Or as a web developer would call it routing. With React-navigation you set up routing almost as you would do it on the web. A set of screens that you access via navigation to an established route.

Paths are optional, which may come as a surprise to web devs at the beginning but quickly becomes clear when they notice that we are in the world of mobile apps - though it’s possible to operate on paths and it’s common to use them when you open an app from the link.

How many things you can do when you are passionate and curious. Mr obvious strikes again, I know, but it hammered home to me during the last workshops. The tasks given to people are mostly far from being mundane and obvious to participants. It challenges them and gives them additional motivation to build something new. 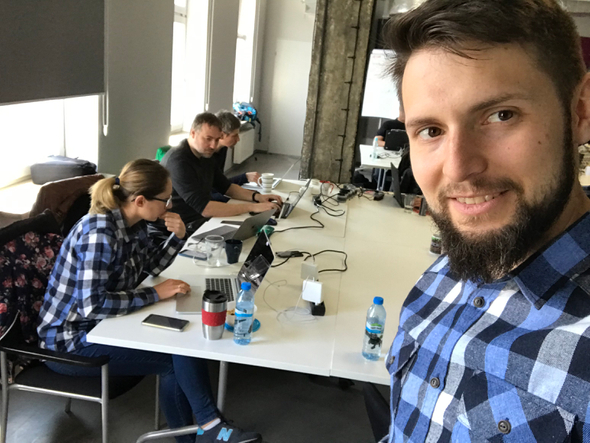 Also, there are many things I thought I’d known before I was asked to explain them in detail, like differences between div and Text, or intricate details about Expo.

Last but not least, I had the opportunity to do pair programming for a couple of hours, with many developers, on many different issues. Yes, it was tiring, but whether you like it or not pair programming is simply an effective way of solving a couple of software development problems by:

To sum up, the workshops were beneficial for both mentors and mentees. I’m looking forward to the next one!